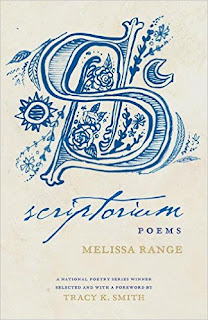 In a speech commemorating the hundredth anniversary of Gogol’s death, Philip Rahv said that Vladimir Nabokov, as a Gogol critic, “suffer[ed] from something like a phobic fear of all interpretive techniques not strictly literary in reference—a fear driving him toward the extremely one-sided emphasis which takes the literary act to be a phenomenon solely ‘of language and not of ideas.’” Because contemporary poets who yield to the pleasures and disciplines of various formal elements still appear on the current literary landscape infrequently enough to be considered exceptions to the norm of loose free verse, readers encountering them also are tempted, like Nabokov reading Gogol, to expend so much energy admiring these poets’ facility with language that they devote inadequate attention both to considering the poems’ ideas and to evaluating the effectiveness of the poets’ formal skills in making those connections with readers that make poems memorable and worth the interpretive effort. So striking is Melissa Range’s devotion to formal, particularly sonic, inventiveness that a reader encountering Range’s poems for the first time might well be tempted to focus on the poet’s language to the exclusion, or at least the diminution, of the ideas presented by the poems. That would be unfortunate.

Range made clear her intent to luxuriate in sound in her first volume of poems, 2010’s Horse and Rider. For example, that volume’s “The Warhorse” opens with a burst of alliteration:

Oft has the warhorse, the wayworn widowmaker,
with wearied withers been dismissed
from battle, bereft of bit and bridle,
saddened and saddle-sore, to survive
his final charge, his last campaign—
the paddock, the pack, the stall.

Beyond the blue scum sea, miners assault
lazurite and pyrite, a blue-gold beam,
pry from limestone caverns the lapis seam
for the shade that painters’ patrons so exalt
to hem the Virgin’s mantle, foam the Vault
where she’s fixed like a lodestar or a gem.

Scriptorium, selected by Tracy K. Smith as a 2015 National Poetry Series winner, includes thirty-three poems and five pages of notes that help orient readers unfamiliar with the historical settings in which some of these poems are placed. One of the particular joys in reading Scriptorium is puzzling over the form and structure of the volume as a whole. Of the thirty-three poems, the titles of ten name pigments used in illuminating manuscripts. Each of these ten, spread more or less evenly throughout the book, is a sonnet—not the fourteen-line, half-rhymed semi-sonnet that one reads so often these days, but an end-rhymed, metrically consistent, honest-to-Goodness sonnet, many with a conspicuous volta in which the speaker turns to address God directly.

Range, a trained theologian, also draws on her East Tennessee origins as a source for Scriptorium. In poems like “Hit” and “To Swan,” the poet highlights the quirks of her native Appalachian, Southern dialect. Here, Range is her most playful. The opening lines from “Flat as a Flitter” will suffice to give a flavor of these poems:

The way you can crush a bug
or stomp drained cans of Schlitz out on the porch,

the bread when it won’t rise,
the cake when it falls after the oven-door slams—

the old people had their way
to describe such things. “But what’s a flitter?”

I always asked my granny. And she could never say.
“It’s just a flitter. Well, it might be a fritter.”

“Then why not say ‘fritter’?”
“Shit, Melissa. Because the old people said ‘flitter.’”

Readers unaccustomed with the colloquialisms and patterns of speech in these poems will be seduced by their humor and intimacy. Readers from the South will be grateful for these poems’ authenticity and their lack of the faux-folksiness of writers ashamed or too proud of their own histories. These poems also recall ones by Rodney Jones and R.T. Smith in which those poets deal with their own Southern heritage and the evolution of language and place into something more homogenous than they remember. Range is no more regional (if that term is used in some limiting sense) than Jones and Smith; she, like they, uses her particular circumstance to address more universal themes. These poems address, too, the difficult break from the bonds of place and family toward promise and a fulfillment unavailable within the confines of the familiar. In “Crooked as a Dog’s Hind Leg,” the speaker asks how she might explain to her grandmother “that the creeks crisscrossing / our tumbledown ridges // are ropes trying to pull my heart straight / when it’s a crooked muscle, / its blood crashing in circles?”

Although two themes—language and the relationship between the speaker and God—underlie all of the poems in Scriptorium (Could there be a better metaphor for that thematic intersection?), two poems emphasizing aspects of those topics deserve particular mention. It was a particular delight to see in “Incarnational Theology” a thoughtful treatment of the German theologian Jürgen Moltmann. Although Range’s note on this poem is useful, it is not necessary for enjoyment of this fine villanelle. The poet combines her facility with received forms, her theological preoccupations, and her Appalachian vernacular to conceive a poem worth the price of the book. Few other contemporary poets are writing like this:

God takes on flesh and thinks he’ll smother.
Reeling, obsessed, his heart a wilderness,
God’s a mess, suffering in me as I suffer

If any single poem in Scriptorium incorporates all of Range’s concerns, “Ashburnham” does. The related note helpfully describes the 1731 Ashburnham House fire that damaged and destroyed many manuscripts in the Cotton Library. Among those damaged severely was the only extant copy of Beowulf. The eighteen unrhymed couplets describe the origin of the library when books discarded from scriptoria upon the dissolution of monasteries were saved and collected and then their destruction by the fire. This is not merely a description of literary and historical loss; the loss seems personal to the speaker and, by extension here, to the poet. But the damage did not begin with the fire. The originals were “[ . . .] irretrievable / the instant the pen quenched // the harp: a smoldering / smothered, a ruin of the tongue.” Range reminds the reader through the content and the form of her poems that language was spoken and heard before it was written. Her musings in these pages, the scriptorium in which she considers language, her history, and the role of the divine in both, deserve to be heard as well as read.
Posted by Sugar House Review at 5:49 PM